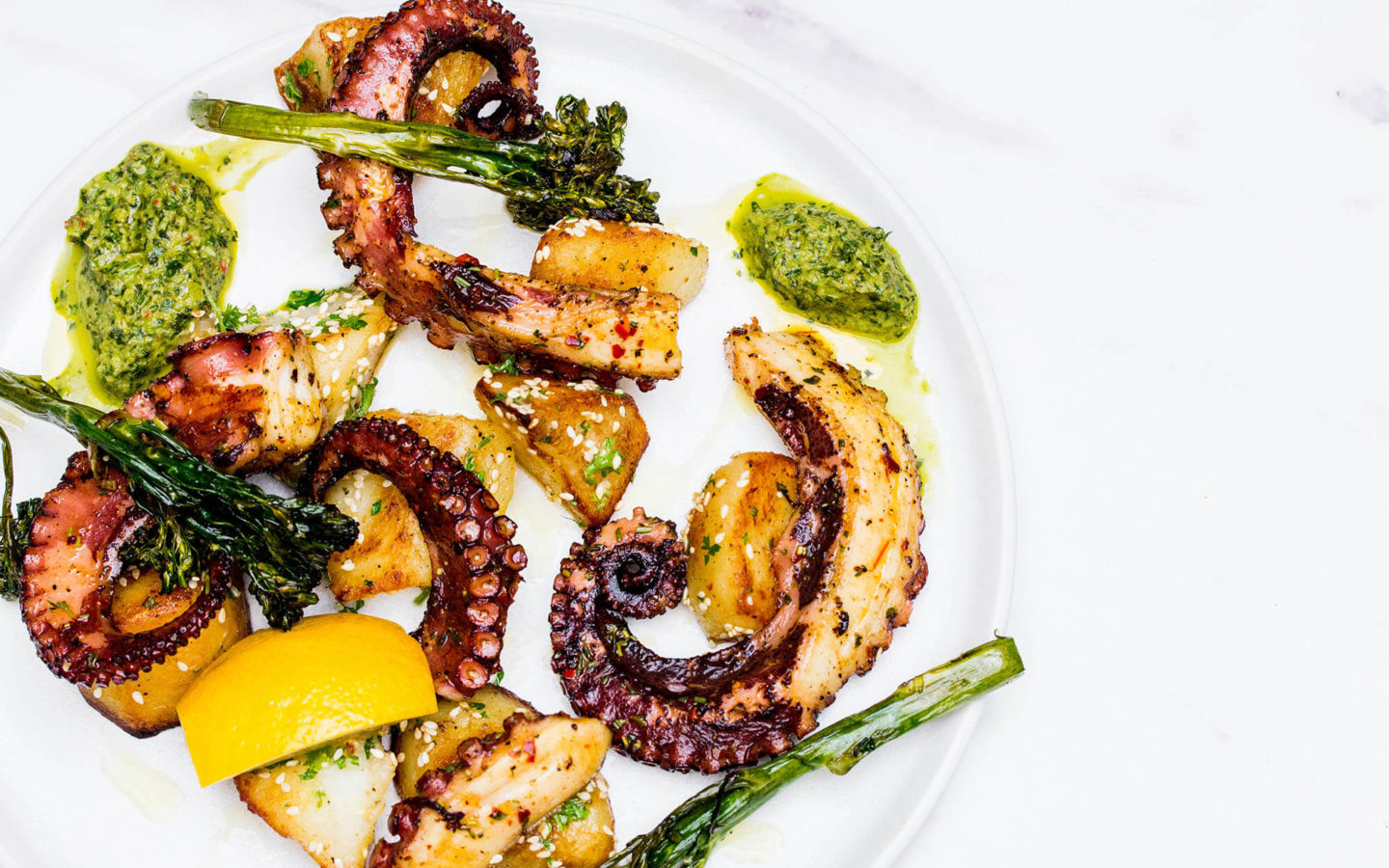 A brand new addition to York Mills Shopping Centre, Babel is a welcoming neighbourhood restaurant serving delicious, creative and colourful Mediterranean fare. Featuring live-fuel cooking and warm hospitality, Babel is open for lunch and dinner from Tuesday through Sunday. Bringing together explosive flavours, friendly service, and a polished design, Babel has everything you need to enjoy a casual weeknight dinner, a quick lunch with friends, or a celebratory evening out.

Our chefs pay tribute to the culinary traditions of countries bordering the Mediterranean Sea – including Greece, Turkey, Israel, Morocco and Lebanon – reflecting the cultural mosaic that influences these cuisines. In addition to shared platters of flatbreads, salads, spreads and dips, Babel’s menus are centered around the use of the kitchen’s 12-foot hearth, featuring meat, fish and vegetables cooked over an open flame. At Babel, we invite you to feast by the fire among family and friends. Don’t be afraid to get your hands dirty as you reach across the table to break bread, double (or triple!) dip, and sample as many flavours and textures as possible. This is the kind of family-style dining that never gets old.

One of Canada’s most highly revered chefs, Anthony Walsh is the Corporate Executive Chef of Oliver & Bonacini Hospitality. In this role, Chef Walsh oversees the culinary direction of all properties in the diverse O&B portfolio, including the restaurants, the event spaces and the catering department. 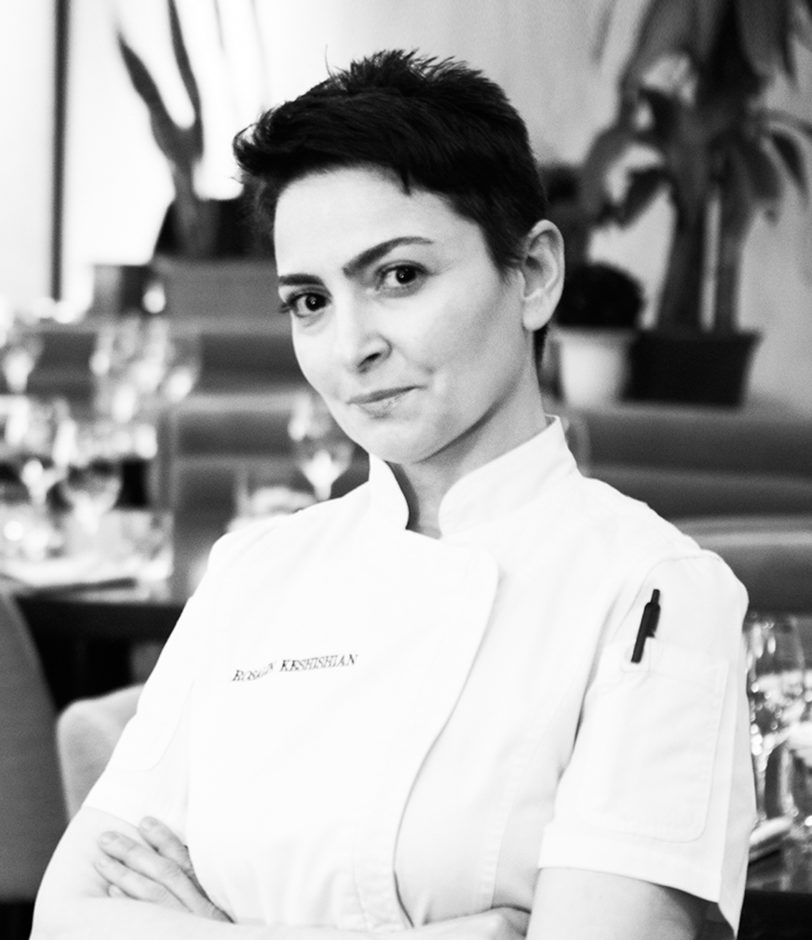 Ever since she was a kid, Rosalin Keshishian has had a passion for cooking. Born in Syria to Armenian parents, Rosie spent much of her childhood surrounded by food. Whether she was rolling and kneading dough in her grandfather’s bakery or observing her talented mother and grandmother work their magic in the kitchen, Rosie has always had a desire to make her own mark in the culinary world. 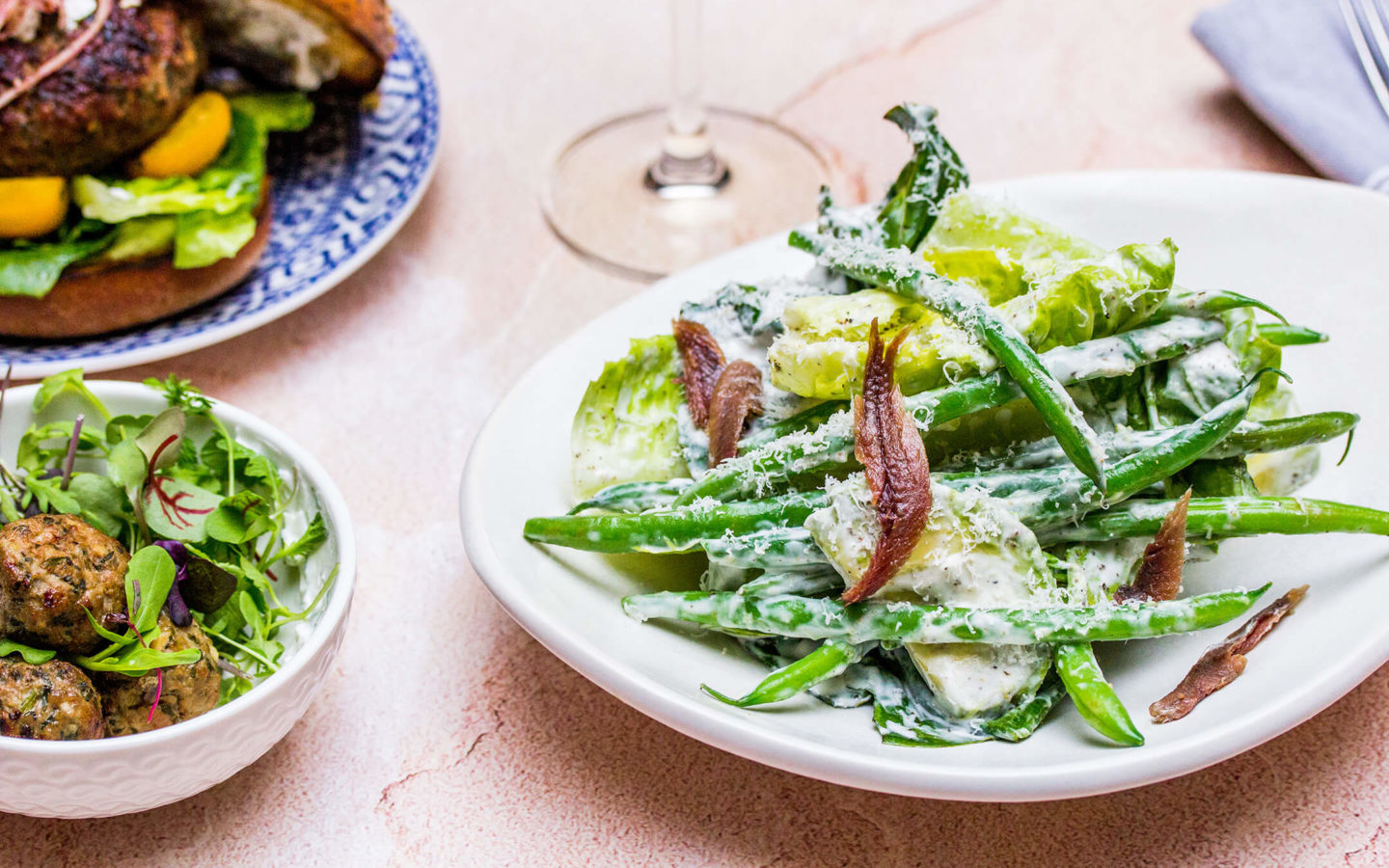 Feast by
the fire

In light of new provincial and city legislation, Babel is temporarily closed for dining and takeout. We look forward to reopening and serving you again soon.

Please note: Our indoor dining room is temporarily closed, and a maximum of 4 guests may be seated per table, in compliance with local legislation. Our patio will remain open for as long as you are willing to join us!

What to Expect When You Dine with Us

As we welcome you back for dine-in or takeout service, we’ll continue to prioritize the health and safety of our guests and staff. To ensure you have a safe and stress-free dining experience, we’ve implemented additional health & safety measures as advised by our health and government experts.

We ask that you please review our dining protocols before joining us to ensure a seamless experience for you and your party.

One of Canada’s most highly revered chefs, Anthony Walsh is the Corporate Executive Chef of Oliver & Bonacini Hospitality. In this role, Chef Walsh oversees the culinary direction of all properties in the diverse O&B portfolio, including the restaurants, the event spaces and the catering department.

Prior to his appointment to O&B’s Corporate Executive Chef, Chef Walsh served as Executive Chef for the iconic Canadian restaurant Canoe. There, his leadership, unrivaled culinary craftsmanship and visionary sense for haute Canadian cuisine played a vital role in the restaurant’s meteoric ascent on the country’s fine dining scene. Quickly recognized by media, foodies and the culinary world, the restaurant earned four stars in Toronto Life magazine, was named Best New Restaurant by The Globe and Mail and Where Toronto magazine, and ranked #3 in Gourmet magazine’s list of Top Tables.

Prior to joining O&B, Chef Walsh opened JAW, a boutique restaurant in Toronto’s Queen West neighbourhood, which received unanimous critical acclaim for its inspired fresh market cuisine and frequently changing menu. It was his work at JAW that caught the attention of local restaurateurs, Peter Oliver and Michael Bonacini, who then brought Chef Walsh onto the O&B team in 1996.

Over the course of his career, Chef Walsh has won critical acclaim by national and international media and has received numerous awards, including gold medals from Taste of Canada, Black Box, Salon Culinaire and the Ontario Hostelry Institute. He has been a featured guest chef at James Beard House, and has cooked for a number of notable dignitaries, including Canadian Prime Minister Justin Trudeau, Brian Mulroney, U.S. President George Bush, and Princess Diana. In 2016, he was named Chef of the Year by Foodservice & Hospitality Magazine as well as one of Toronto Life’s Most Influential People.

For Chef Walsh, defining Canadian food and elevating it to the world stage is not only a top priority, but a passion.

Ever since she was a kid, Rosalin Keshishian has had a passion for cooking. Born in Syria to Armenian parents, Rosie spent much of her childhood surrounded by food. Whether she was rolling and kneading dough in her grandfather’s bakery or observing her talented mother and grandmother work their magic in the kitchen, Rosie has always had a desire to make her own mark in the culinary world.

In 2014, the Syrian Civil War forced Rosie and her family—including her husband, two daughters, and in-laws—to temporarily relocate to Lebanon. On December 30, 2015 they arrived in Toronto with the hope of creating a better life for their daughters. Rosie enrolled at George Brown College to brush up on her culinary skills and gain familiarity with Canadian cooking styles and ingredients. She also found a job as a cook at Beiruti Grand Café, a Lebanese-Armenian restaurant serving French-style sandwiches, salads and pastries. Within a year, she was promoted to Sous Chef.

In the spring of 2017, while visiting George Brown with her daughter, Rosie stumbled upon Bannock, O&B’s casual Canadian eatery. She instantly fell in love with Bannock’s bustling energy and delicious comfort food, and knew she wanted to become a part of their dynamic team. One month later, she was hired as a cook. Thrilled to have the opportunity to expand her knowledge and improve her techniques, Rosie dove head first into the culture of Bannock and O&B. Working under Executive Chef Michael Robertson and Corporate Executive Chef Anthony Walsh, Rosie felt empowered to craft multicultural Canadian dishes in her own unique style. Her hard work and dedication were quickly recognized, and she was once again promoted to Sous Chef later that year.

When Chef Rosie heard that O&B was opening a new Mediterranean restaurant in 2019, she knew right away that she wanted to be involved in the project. In the busy pre-opening period of tastings and training, as well as the intense first few weeks of service, it was clear that Chef Rosie’s unbridled energy and enthusiasm were essential to Babel’s early success. Now, as Chef de Cuisine, Rosie is excited to be leading a team of passionate cooks and delivering outstanding dining experiences to her guests. From the moment you walk through Babel’s door, Chef Rosie wants you to feel the warmth of the space—both literally and figuratively. She wants you to bask in the myriad flavours, colours and textures of the menu. Above all, she wants you to feel as she does: at home.